RULES OF THE LEAGUE

(c) A ‘good conduct’ deposit of £20 per club shall be placed with the Treasurer at the registration meeting.  Any balance, after deduction of fines (if any) will be available for return to each club at the first Executive Committee meeting after the ensuing AGM.

(b) Any registered club(s) and/or player(s) who is/are in dispute with the League shall be suspended from all activities of the League with immediate effect.  Any such suspension(s) shall be reviewed by the League when the dispute(s) is/are resolved.

(c) The League has the right to refuse registration of any club(s) and/or player(s).

(c) Teams applying to join the League shall normally enter the competition in the lowest division.  If it is considered to be to the advantage of the League to do so then the new team may be placed in a higher division as decided by the Fixtures and Handicapping Committee on behalf of the Executive Committee.

(b) Only the serving side can add points to its score.

(c) A game is won by the first side to score 15 points, except as provided in rule 14d.

(d) If the score becomes 14 all, the side which first reached 14 points shall have the choice of “setting” or “not setting” the game.  This choice can only be made when the score is first reached and must be made before the next service is delivered.  If the game has been set, the score is called “14 all” and the side reaching 17 points first wins the game.

(e) The side winning the first game of an event, serves first in the second game of the event (see rule 23)

(f) All games shall be played on a full size court, where the structure of the buildings and circumstances permit.  On all courts the distance from the net to the short service line shall be 1,980 meters.

(b) The games from a maximum of 3 players who have or intent to represent another League in the current season in the LCBA Inter League will count towards the match result.  Best returns from the 4th and subsequent players affected by this rule will be discounted and games won transferred to the opposition.  The 4th and/or subsequent ineligible player or players will be adjusted on when they were registered with the League and if 1 or more players were registered at the start of the season or at same time during the season it is the best performing player in any match or matches they have played in.

(c) Players who are either known to be or intend to be ineligible to represent the Mid Lancashire League teams shall be clearly identified on the registration list at the start of the season and on the match card with an asterisk.

(a) The place of playing.

(b) The provision of an adequate supply of NEW shuttlecocks of any appropriate standard!

(d) All League matches shall be played with feathered shuttlecocks.

(b) If a team does not have 6 players, the opposing team will choose the order of play.

(b) When a complete match is conceded then the result shall be 18 – 0 to the team prepared to fulfill the fixture.  All games recorded as 15 – 0.

(c) The reason for the concession shall be submitted by the conceding club in writing to the Match Secretary for consideration.

(d) Any club conceding a League fixture shall pay a fine of £10 to the League and the conceding team will have one league point deducted from their current league points total.

(e) Any club failing to fulfill a fixture on the due date, except under the terms of rule 30, shall be liable for any claim made in writing to the League by their opponents, up to a maximum of £40.

(a) Both secretaries agree

(b) A mutually accepted date is arranged

(d) If the secretaries fail to reach agreement on a change, the original date shall stand

(b) At no time shall a player play for two teams on the same night.

(d) Any player who plays on four occasions for any higher ranked team will become a nominated player for that team.

(e) A player who is not nominated at the start of the season or joins the League mid season can play on four separate occasions in the League.  On the fourth occasion they will become a nominated player for the highest ranked team they have played for an thereafter rules 33a and 33c will apply.

(f) When a nominated player’s team has completed his/her fixtures for the season, no player will be allowed to move to a lower ranked team unless by virtue of rule 33g.

(b) Any club guilty of breaking rules 15, 17, 18 and 33 shall automatically forfeit all games in which the offending player(s) took part.  In the case of a breach of rule 29 the match shall be forfeited 18 – 0.

(b) If a team concedes a cup fixture, a minimum of 3 days notice must be given and the conceding team must pay a fine of £10  (as per a league match).  In the final round, the team defeated in the semi final will be offered the opportunity to play in the final.

(b) All matches must consist of 9 mixed double events.

(d) Each team will be handicapped on the assumption that the six strongest players nominated will constitute that team.  Team handicaps will be circulated to club secretaries before the preliminary round is played.

(e) Each team in the competition will be given a handicap of a cumulative total of points plus serves per couple (represented by oh, level, rh, r2h etc.)

(f) Each game will start at love all with a single service, thereafter serves as indicated by the handicap.  Each event will consist of two games 15 up, no setting.  The team with the most points (the sum of their points scored during the match added to their handicap points) will be the winner.  In the event of a tie on points the ‘away team’ shall be declared the winner except in the final when one pair from each team shall play a sudden death play-off at the referee’s discretion using the handicap serves and points pro-rata.

(h) If a match is conceded then the conceding team shall be fined £5 by the League.  The team willing to play may claim for costs incurred as per rule 27e.  The reason for the concession shall be sent by the conceding club in writing to the Cup Secretary.

Think you have what it takes to play in the Mid Lancs League?

If you have an interest for badminton and are looking to start playing, find your local club by clicking here, get in touch and see about getting down to training evenings and maybe even work your way up into your local team? For assistance or more help… 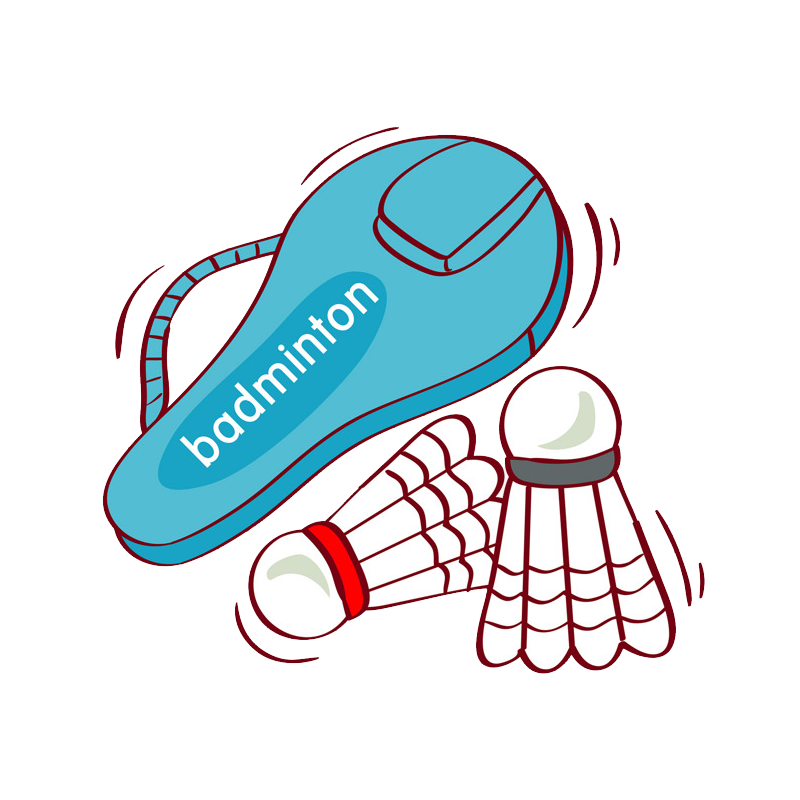